Funny as it seems, my introduction to Evans County came in the form of a cookbook. Yes, a cookbook. My first real, in-depth interaction with the citizens of Evans County was at the unveiling of the Centennial Celebration Cookbook, which happened to fall during one of my visits from Delaware. Little did I know that only a few short months later, I would be calling this area my home. But even then, I distinctly remember, as a (then) outsider looking in, I noticed something. Accompanying the speeches, the thank-you’s, the tables, and even the bite-sized samples of culinary excellence, there was something else on display that day in the Courthouse Annex…Pride.

On Monday, August 11th, 2014, Hancock County, GA learned that better than most. A little after 3:00am, a fire started at the county courthouse, boasting flames that could be seen from as far as 5 miles away. Property damages were estimated to be around $5 million. But the greatest loss, the most tragic loss, other than the building itself, were many of the historical documents stored inside. Due to the melting of the courthouse bell, investigators noted temperatures met, and probably exceeded, 1,700 degrees—the melting point for bronze. Paper records stored in the facility never had a chance. Several documents had been microfilmed in the 1950’s, but microfilm can be hard to read, must be viewed manually, and does not print clearly. Thankfully, some of the county’s newer records had been stored electronically. But all in all, several meaningful, historically-significant documents were lost.

As tragic as the loss may be, Hancock County’s situation shouldn’t stay in Hancock. Instead, it should cause us to look at our own county. We’ve been here for 100 years. We have 100 years of documents, archives, and history. One flame, one fire, one disaster and one of our greatest links to the past is broken. I’m not a doomsayer by any means, but I do think that we share the same chink in the armor that Hancock County discovered. Instead of doom and gloom, imagine being able to view old documents electronically. Imagine being able to investigate a 50-year-old land dispute at the press of a button. Imagine storing sacred, historical documents in a way they can be preserved, maybe even put on display…all the while knowing copies exist that we can access at any time, if needed, with the click of a mouse. Imagine being able to pull up all the references to one property or one business for auditing purposes in seconds. All of this and more is possible. And here, in Evans County, we’re working to make it happen. 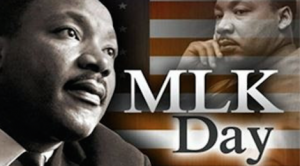 All county offices will be closed on Monday, January 17th in observance of Dr. Martin Luther King Jr. Day.